Minecraft is an indie-game developed since about May 10th 2009 by Markus Persson (Notch). The main feature of the game is called the "Creative Mode" where you can build and destroy blocks to build something. There also is a "Survival Mode" for free which isn't developed very far yet. For paid users there is an "In-Dev Mode" which is far more developed than the free Survival Mode. A mode with (almost) infinite maps also exists.

Minecraft has been extraordinarily popular for an indie game; as of March 2010 it has sold over 13,000 copies, even though most players just play the free Creative Mode.

Creative Mode is multiplayer, and you and some friends are free to create whatever you want and you can build such things as houses or tunnels. A large variety of things have been built in this mode. Often people collaborate on creating things, or try to ruin or vandalize the things others have created. There is also random world generation, and some people elect to just explore these worlds together rather than to create entirely new ones.

In Indev and Infdev Mode you have to fight against Creepers and other monsters, and you gather resources to build a shelter and weapons. There is also farming so that you can make food to restore health. 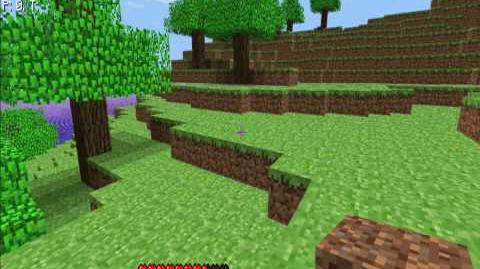 Retrieved from "https://tig.fandom.com/wiki/Minecraft?oldid=18707"
Community content is available under CC-BY-SA unless otherwise noted.