There are a variety of periodic events (physical and virtual) important to the indie games community.

Independent Games Summit, or IGS, is the talking part of the IGF, where people go up and talk about their games, development or post mortems, or certain concepts or attitudes. There are also a lot of mainstream developers doing talks here, but they're often not as interesting. The talks are recorded and stored in the GDC Vault, where you can access them if you have a pass for GDC, but some of them are released for free.

Game Jams are get togethers for people around a certain area, like Austin, Winnipeg, Berlin or London, often around a weekend, people bring their previous work or work on a new game, freely collaborating with others.

Showcases are events where games can be submitted to, before getting curated, or hand picked to be shown around a certain theme or appropriate for a certain place or setting. 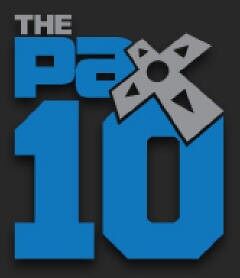 Previously showcased in Montreal, Canada, the latest showing was at GDC 2010. It's a sort of games/music/culture show.

Showcase in Japan, during Tokyo Games Show Inspired by the EGW at IGF

this later turned into:

Penny Arcade picking 10 entrants for showing at the Penny Arcade Expo, now 2 times a year, one on each coast of the USA.

Looking for experimental and innovative games to show

A few times a year[]

Yearly Ohrrpgce contest where contestants attempt to create a 48-hour game, can work in pairs but not larger teams. Started 2000 and has continued until the present day.

This competition runs for 2 years, split into 4 6-month long phases, to get people to work with a new release of the Unreal Engine. Organized once per Unreal Engine release.

A contest by James Paige held on Slime Salad where contestants would try to finish an old game that they had previously abandoned. The rewards were small sums of money ($5) and a copy of Immortal Defense for the finalists.

A contest held on Human Day (which coincides with Christmas), usually themed, judged by a secret panel of Heroists. Ran from 2001 to 2004, but was abandoned thereafter due to lack of time and the gradual dissolution of the Heroist group.